VISTA — An avid science fiction reader travels into the past to document world events and pop culture moments throughout the Space Age and beyond with his online sci-fi blog, Galactic Journey.

And for Gideon Marcus, the blog’s creator, his adventures in time have forged his alter ego — The Traveler.

Marcus, a Vista resident, manages a 20-person team who contributes to his award-winning blog which focuses on classic science fiction and fantasy from the ‘50s and ‘60s.

Marcus said the concept of reliving each day (starting in the 1950s) began in 2009 after discovering his dad’s science fiction stash.

“I wanted to read my dad’s collection of science fiction magazines,” Marcus said. “(The collection) became complete around the early ‘50s.”

Marcus devoured his father’s postwar era magazine collection in an ordered manner by setting a pace for himself that seemed impossible to finish.

“I’ll just read them once a month, as they come out — 55 years ago,” Marcus recalled.

With his wealth of Space Age knowledge, The Traveler set the journey 55 years ago because that distance of time “is the razor that divides today from yesterday,” according to Marcus. “If you go beyond 55 years the world looks unfamiliar … but 55 years ago looks like today.”

After several years, his wife Janice suggested he recommend the best stories that he had read and share them on a blog.

Thus, Galactic Journey was born and published its first entry on Oct. 21, 2013.

Since its inception, the blog has been nominated for the Best Fanzine at the Hugo Awards last year and was nominated again this year for the same award.

The Galactic Journey also won The Serling Award in 2016, an honor given to those that best continue the tradition of former Twilight Zone producer, Rod Serling.

As Marcus began to delve deeper into the science-fiction magazines, he says the different media, “refer to each other, they talk about the same books — you start to get into the feel of the time.”

At first, he thought his blog may only have a couple of fans. That changed when the Science Fiction & Fantasy News website caught wind that Marcus had been talking about the ‘50s as if it were modern day.

Marcus said that the “nerd site” published an article which helped the Galactic Journey gain popularity.

Outside of his time traveling role, Marcus is 45 years old (or as he often tells people, “celebrating the sixth anniversary of his 39th birthday”) and somewhat of a renaissance man.

Over the years, Marcus has studied everything from computers and technology to music and Japanese before finally settling on law and writing.

From 2007 to 2009, Marcus covered the cities of Vista and San Marcos as a freelance journalist for The Coast News. 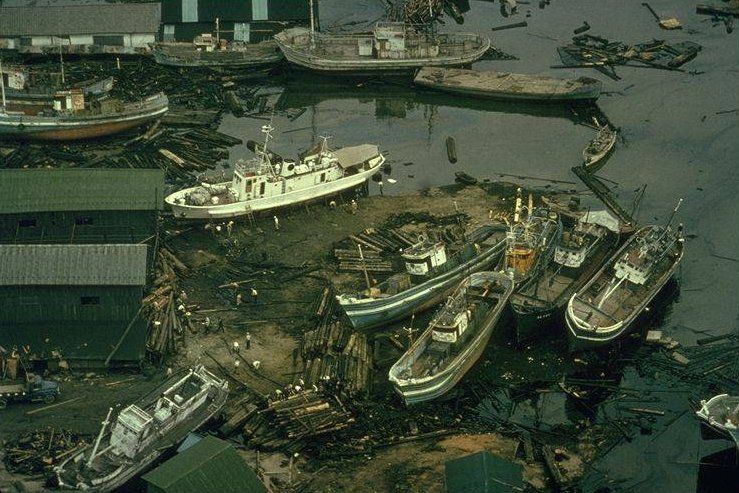 He is also a space historian and volunteers as a member of the American Astronautical Society’s History Committee after a college teacher told him he could “never be a historian.”

“After that, I became a professional writer on the side,” Marcus said.

On the back of his fanbase, Marcus travels to conventions under his alias to display his acute knowledge of the late ‘50s man-space program and the culture of the time. “It was always a hobby,” said the star of Galactic Journey.

The Traveler enjoys performing what he calls stand-up education. At conventions, he tells stories from the “current” time and fields questions from the audience — often times the fan inquiries are intended to confuse.

Marcus, who spends a third of his active time working on the science-fiction blog, notes that this project is not meant to be too serious. He often jokes while performing, “What’s the point of me going up there and being boring?”

The space historian says that this time-shifting project doesn’t affect him as much as some people may think, yet he can recall moments from two separate timelines in his life.

“I remember 10 years ago when rock n’ roll replaced the schmaltzy swing music,” said Marcus. “The overripe music of World War II suddenly got swept aside, just the way the British Invasion is (now) sweeping aside that genre of music.”

He also admits that he often mixes his tenses as the time travel can take its toll on his grammar.

To add to the authenticity of the project, Marcus has a room in his house which is themed to 55 years ago. The living space also evolves as time passes. 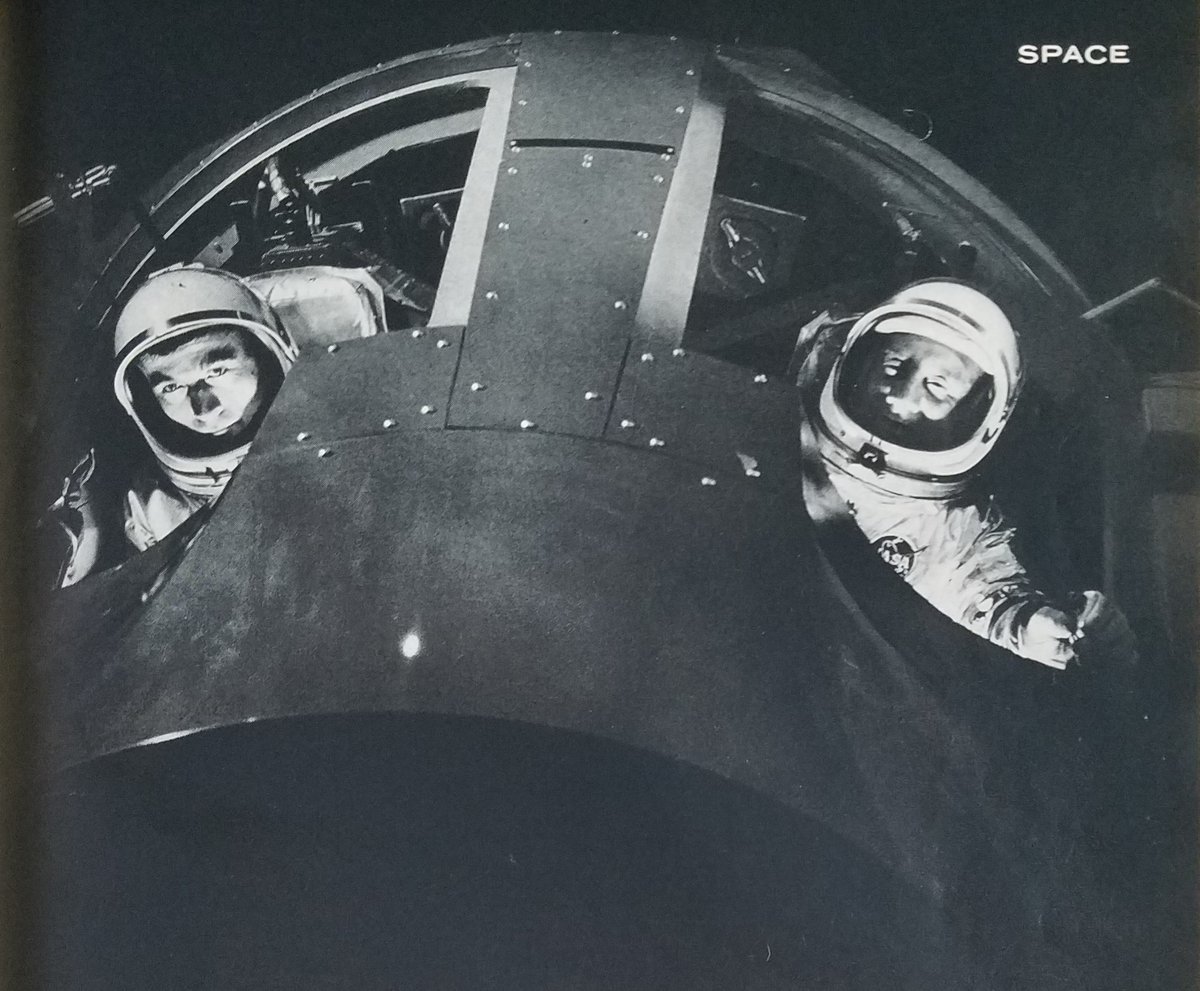 Marcus used his computer knowledge to code a radio station that plays the music “of exactly 55 years ago, to within a few months,” around his house. Better yet, he has coded an analog TV to play shows from 55 years ago — fittingly, he can’t record programs or fast forward through commercials.

He even carries with him a hard cover world almanac from 1965 to keep up with “current” events.

Natalie Devitt has covered the Twilight Zone and Outer Limits for the Galactic Journey since early 2018 said that Gideon is “a link between the present and the past … but he’s also very technologically savvy.”

One way that Marcus blends the two time periods is through social media.

“The reason why I have the Twitter feed is because it’s actually a newsfeed. Every day there’s at least three posts that talks about something that happened that day,” said Marcus.

Besides the time traveling, Marcus is a fiction writer, contributing the story “Andy and Trina” in “Tales from Alternate Earths 2: Eleven new broadcasts from parallel dimensions,” which was published last year.

The publishing entity was used for his recent work called “Rediscovery: Science Fiction by Women (1958-1963)” where he merges sci-fi stories from women during the early Space Age.

“I didn’t set out for the Journey to be a feminist project,” said Marcus. “It just sort of happened.”

Marcus said that he was intrigued by women sci-fi authors as there is often “something fundamentally different,” when compared to similar literature from male counterparts.

After Marcus recently gave a talk at the Fleet Science Center in San Diego, Adult Programs Director Andrea Decker said, “He is a historian with a huge passion for America’s (mostly) and the world’s space programs. It is clear he has done extensive research, and because he has done so, has gained access to legends and information in the space program field that not everyone has access to.”

One of the longest tenured writers on the Galactic Journey staff is Rosemary Benton. She has reviewed U.S. films for Galactic Journey since 2013 and believes the blog has found success because, “The people who really enjoy that era of pop culture, as well as the history that inspired it, are gaining momentum online.”

Marcus says that the best part of the Galactic Journey is that its content is able to connect with people regardless of age: “With older people I gets to reminisce with them, with young people it’s an introduction.”

For the future, one thing that Marcus is looking forward to is the unveiling of “Star Trek.” However, he did mention that he should technically know nothing more than the fact that they are filming a pilot for the show as of The Traveler’s current place in time: June 1964.

The end goal for Galactic Journey is for Marcus to do this so long that in 2013 he can bring the 55-year trip full-circle. Marcus said he wants to be able to document the beginnings of his own project to say “there’s a new blog coming out called Galactic Journey.”